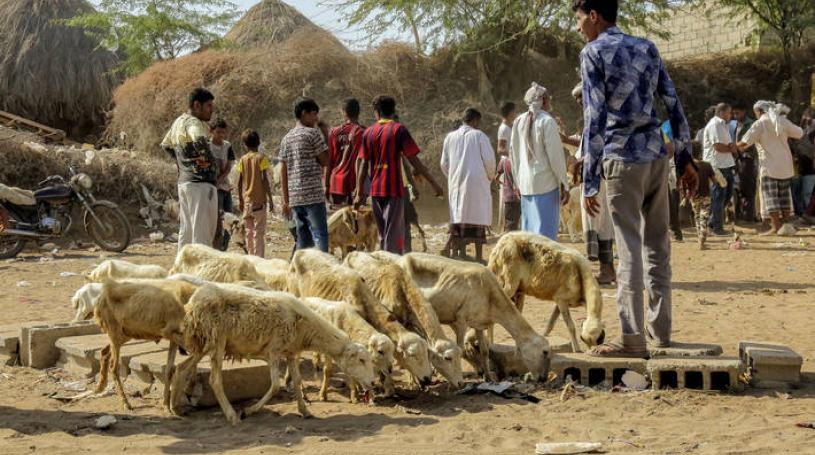 21 April 2020, Brussels/Rome/New York - Today an international alliance of UN, governmental, and nongovernmental agencies working to address the root causes of extreme hunger have released a new edition of their annual Global Report on Food Crises.

The report by the Global Network Against Food Crises, along with key findings, statements by partners, and multimedia products unpacking its contents are now available at:

Key findings of the Global Report

The report indicates that at the close of 2019, 135 million people across 55 countries and territories experienced acute food insecurity* (IPC/CH Phase 3 or above). Additionally, in the 55 food-crisis countries covered by the report, 75 million children were stunted and 17 million suffered from wasting in 2019.

This is the highest level of acute food insecurity* and malnutrition documented by the Network since the first edition of the report in 2017.

Additionally, in 2019, 183 million people were classified in Stressed (IPC/CH Phase 2) condition -- at the cusp of acute hunger and at risk of slipping into Crisis or worse (IPC/CH Phase 3 or above) if faced with a shock or stressor, such as the COVID-19 pandemic.

More than half (73 million) of the 135 million people covered by the report live in Africa; 43 million live in the Middle East and Asia; 18.5 million live in Latin America and the Caribbean.

The key drivers behind the trends analysed in the report were: conflict, (the key factor that pushed 77 million people into acute food insecurity), weather extremes (34 million people) and economic turbulence (24 million).