The rise of Africa’s super vegetables 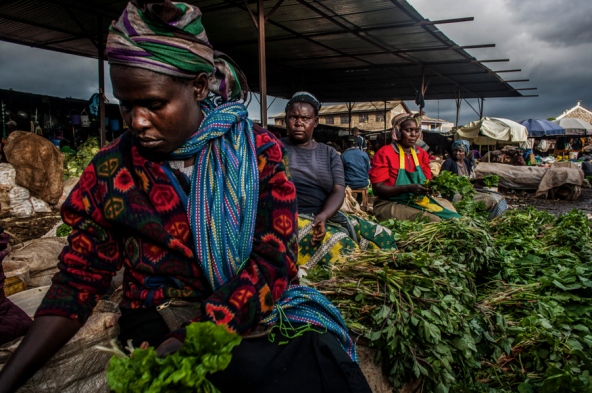 One lunchtime in early March, tables at Nairobi's K'Osewe restaurant are packed. The waiting staff run back and forth from the kitchen, bringing out steaming plates of deep-green African nightshade, vibrant amaranth stew and the sautéed leaves of cowpeas. The restaurant is known as the best place to come for a helping of Kenya's traditional leafy green vegetables, which are increasingly showing up on menus across the city.

Just a few years ago, many of those plates would have been filled with staples such as collard greens or kale — which were introduced to Africa from Europe a little over a century ago. In Nairobi, indigenous vegetables were once sold almost exclusively at hard-to-find specialized markets; and although these plants have been favoured by some rural populations in Africa, they were largely ignored by seed companies and researchers, so they lagged behind commercial crops in terms of productivity and sometimes quality.

Now, indigenous vegetables are in vogue. They fill shelves at large supermarkets even in Nairobi, and seed companies are breeding more of the traditional varieties every year. Kenyan farmers increased the area planted with such greens by 25% between 2011 and 2013. As people throughout East Africa have recognized the vegetables' benefits, demand for the crops has boomed. Learn more